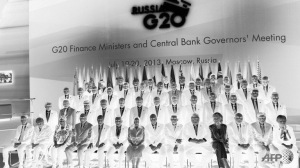 END_OF_DOCUMENT_TOKEN_TO_BE_REPLACED

To summarize the argument of Nobel Laureate and bourgeois ideologue Michael Spence from part one of this series: The goal of “economic restructuring” (or “rebalancing”) is for the advanced

countries to export more of what they produce at the expense of their domestic consumption. The future expansion of socially necessary labor time (value production) and, therefore, the expansion of surplus value will depend on the growth of exports of the advanced countries into the world market. Spence proposes this can be accomplished (1) by depreciating the real purchasing power of money wages; (2) stagnant nominal wages, in turn, will reduce real wages and domestic consumption generally; and (3) the resulting “structural adjustment” will force constant and variable capital of the advanced countries to flow into sectors of production that can be exported.

It follows from this that state economic policy should be solely concerned with raising the profitability of capital by extending unpaid hours of labor in the export sector. According to Spence, if the advanced countries are to increase unpaid hours of labor, they must increase the relative size of the “tradable sector of the domestic economy”. Which is to say, in relative terms, the portion of the working day during which the working classes of the advanced countries produce its wages and state social expenditures must be reduced, while the portion of the working day that can be turned into exports must expand. The resulting “adjustment” will allow constant and variable capital of the country to flow into forms of commodity production that can be exported.

Thus the crisis can be resolved by turning the advanced national capitals into export platforms, much as has already been done with the less developed nations through IMF imposed restructuring.

END_OF_DOCUMENT_TOKEN_TO_BE_REPLACED

Labor theorists of various persuasions have spent a lot of time discussing the causes of the present crisis. That discussion is extremely important, because it seeks to find

the causes of the crisis that result from its fundamental premises. However as important as this discussion is, it is clear the crisis continues and the capitalist class is not so much concerned about its cause, as it is about how to cure it. In this spirit, I spent some time trying to understand how exactly the capitalists think the crisis will be resolved. In an essay, published by Project Syndicate, “What’s Stopping Robust Recovery?”, Nobel Laureate Michael Spence explains why the so-called “recovery” isn’t robust and what has to be done to change this.

(WARNING: you will need to set your Marxist decoder ring to “simpleton” in order to translate this bullshit.)

END_OF_DOCUMENT_TOKEN_TO_BE_REPLACED

Mr. Excess Capital allow me to introduce you to Mr. Excess Population Of Workers.

According an essay,  “Europe’s Hidden Stimulus”, by the bourgeois simpleton, Eric Labaye, European companies had excess cash of €750 billion in 2011 that is not being invested.

Indeed, publicly traded European companies had excess cash holdings of €750 billion ($1 trillion) in 2011, close to a 20-year high. Unlocking that cash would give Europe a much larger stimulus package than any government can provide. In 2011, for example, private investment in Europe totaled more than €2 trillion, compared to government investment of less than €300 billion.

And yet, while trends among European economies have varied, private investment was, overall, the hardest-hit component of GDP during the crisis, plunging by more than €350 billion – ten times greater than the fall in private consumption and four times more than the decline in real GDP – between 2007 and 2011. The magnitude of the private-investment downturn was, in fact, unprecedented – and lies at the heart of Europe’s economic malaise.

Likewise, by historical standards, the private-investment recovery is running late. In more than 40 past episodes in which GDP fell and private investment declined by 10%, recovery took an average of five years. Europe is four years removed from the onset of recession, but private investment in 2011 was still lower than its 2007 level in 26 of the European Union’s 27 member states. 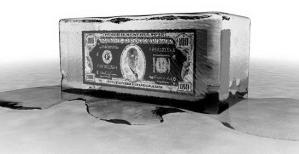 It seems only logical to this bourgeois apologist that Europe could bring this excess capital together with a staggering mass of excess labor power Europe now suffers. The problem clearly is not the lack of means nor the lack of workers able and willing to work — Greece, for instance, now suffers upwards of 27% unemployment and youth unemployment is far higher — but the lack of profit for employing either. Labaye argues this mass of frozen capital could be freed up for investment if the proper deregulatory regime were enacted and he proposes some marginal changes. He argues over-regulation is END_OF_DOCUMENT_TOKEN_TO_BE_REPLACED

An interesting confirmation of labor theory is apparently buried in New Keynesian theory, according to John Cochrane in a recent post to his blog, The Grumpy Economist, “All state spending is wasteful”.

But, before you dismiss this as just the typical ideology-driven nonsense spewed by a neoliberal enemy of fascist state social spending, take a moment to hear Cochrane out:

“While fiddling with a recent paper, “The New-Keynesian Liquidity Trap” (blog post), a simple insight dawned on me on the utter and fundamental difference between New-Keynesian and Old-Keynesian models of stimulus.”

That fundamental difference, according to Cochrane, is that the “old” Keynesian model assumes that as income increases so does consumption:

END_OF_DOCUMENT_TOKEN_TO_BE_REPLACED

I have been trying to understand Michael Roberts recent essay on the present crisis and its causes, “From Global Slump to Long Depression”.

In the essay, Roberts tries to present evidence for the case that the 2008 financial crisis was caused by a fall in the rate of profit. Roberts is part of the school that argues the law of the tendency of the rate of profit to fall (FROP) is source of crises n the mode of production. It is the smaller of the two main schools among labor theorists, but fiercely defended by its advocates as an orthodox Marxist approach.

The other approach — the underconsumptionists — to the present crisis, championed by Dumenil and Levy, is summarized by Roberts this way:

“Some Marxists have argued that the credit crunch of 2007 and the ensuing Great Recession is not a classical Marxist crisis  of profitability and that Marx would have also seen the crisis as financial in cause.”

The underconsumptionist school sees the cause of the present crisis as fundamentally rooted in the increase in profits at the expense of wages. This increase in profits is said to have led to speculative excesses and bubbles that eventually led to the crash. Roberts essay is an attempt both to refute the arguments of the “underconsumptionist” school and to account for the speculative bubble.

“Marx posits the ultimate cause of capitalist crises in the capitalist production process, specifically in  production for profit. He developed a theory of crises based on his law of the tendency of the rate of profit to fall over time   as capitalists accumulate.”

This law does not rule out speculative bubbles like the one seen in the run up to the present crisis, however, Roberts argues, the cause of the crisis is the falling rate of profit. not the speculative bubble. Most of the back and forth between the two schools consists of publishing data pointing to evidence for or against the idea the rate of profit is falling. Depending on how the relevant data is defined and how it is measured, it seems one can arrive at either position.

To an extent, the problem here is not the one both schools point to — the cause of the 2008 crisis — but another question altogether: Why hasn’t there been a repeat of what society experienced during the Great Depression 80 years ago. 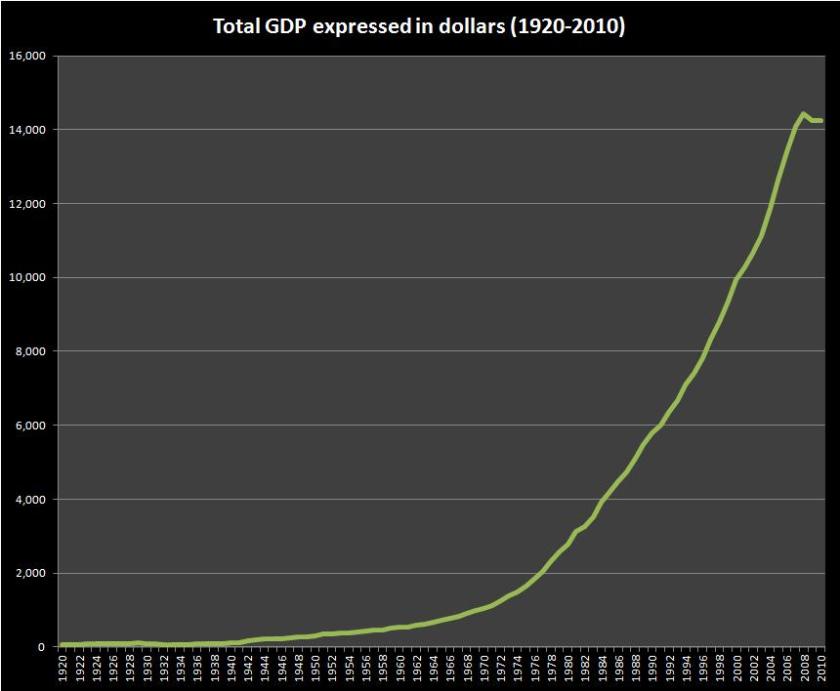 END_OF_DOCUMENT_TOKEN_TO_BE_REPLACED

To summarize my argument in part one:

The present crisis arises from the fact that there is a mass of superfluous capital that cannot, under any circumstances, become real capital — that is, cannot produce surplus value and, therefore, profit. This mass of superfluous capital poses the constant threat to the mode of production of a general devaluation of the existing capital as a whole. If a general crisis of devaluation is to be avoided, the state must run deficits, i.e., it must spend more than it takes in in tax revenue. State deficit spending is, therefore, not determined by the needs of society (and, in particular, by the needs of the social producers), but by the needs of the owners of capital, who, if they are to avoid a nominal

devaluation of this superfluous capital, must hand it over to the state to be consumed unproductively in return for interest payments.

END_OF_DOCUMENT_TOKEN_TO_BE_REPLACED

Part One: The owners of capital compete for the opportunity to lend their capital to the fascist state

In a recent lecture, Paul Krugman explained why, in his thinking, the US is not Greece. (Hint: almost nothing to do with language differences or geography.) Krugman lecture

is an argument for why a country borrowing in its own currency cannot experience a Greece-type crisis, where bond buyers force the country into default by refusing to advance it further credit:

“Are Greek-type crises likely or even possible for countries that, unlike Greece and other European debtors, retain their own currencies, borrow in those currencies, and let their exchange rates float?”