The World Market and the Illusion of the Nation-State 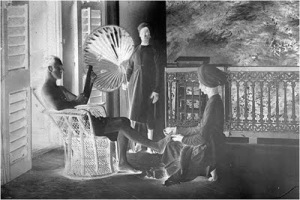 I put all of these terms in quotes, since, in large part, they presuppose the outcome of the discussion. In first place the term “internationalization of capital” assume capital is more or less a national form. In second place the terms imply there is something that can be called a “traditional nation-state”. To give an example of the problem this presents to analysis, consider the British empire. Was India a “traditional nation-state”? Was Great Britain? Was the colonization of India by Britain an “international state system”?

The terms employed in Picciotto’s paper are themselves highly problematic, if not down-right self-deceptive. If this was indeed how Picciotto was trying to grasp the process at the time, it seems to me his approach was flawed from its inception. But this is the standard approach of Marxists whenever they raise their heads from the national struggle to examine the world market. If asked directly about this, Marxists will insist they do indeed understand capital as a global system of production, however, as Picciotto explains, this global system of production more or less develops within a system of national states.

But is this true? Is the state a national form? I have given it some thought and it becomes obvious that the state is not and cannot be a national form: Since the state expresses the common interest of bourgeois society as a whole, it is, by definition, as global as the capitalist mode of production itself. The development of the state is more or less determined by the level of development of the forces of production within the world market taken as a whole.

Here is the distinction imposed by this view, as held by Marx and Engels: All of the fripperies of sovereignty we normally associate with a state — like democracy, rule of law, regulations, currencies, etc. — disappear from view once we make the assumption the state must be conceptualized as the state of the world market — the state is reduced to the ideal expression of the raw unrelenting competition between the members of society within the world market as a whole. I think the whole approach Picciotto is taking in the paper immediately collapses once this is assumed.

According to Picciotto, in his 1971 paper Murray (mistakenly) argued

“Murray posed the question ‘whether . . . national capitalist states will continue to be the primary structures within the international economic system, or whether the expanded territorial range of capitalist production will require the parallel expansion of coordinated state functions’ ( Murray, 1971, p. 86).

“… either capital would outgrow the nation-state and lay the necessary basis for new coordinated inter-state or supra-national state structures, or its growth would be contained within the boundaries of existing or merged nation-states.

In Picciotto’s opinion, the alternatives offered by Murray were  starkly reflect in the options he chose between growing inter-national coordination of policies or restrictions imposed by countries on development of the mode of production. In opposition to this argument, Picciotto offered a “contradictory process”, where,

“the national state is increasingly involved in intervention to ensure the social and economic processes of expanded reproduction of capital, yet at the same time these processes are increasingly transcending the nation-state.”

This, Picciotto argued, would come down to state intervention to shape the form taken by an increasingly inter-national capitalist production process and, in turn, being affected by this internationalization. Thus the prospect is for nation-states to undertake “new and unique processes for interstate integration” like the EU. Nation-states will continue play a vital role: Although conflicts between states will continue, the nation-state will not be superseded by the creation of a single unified super-state. Integration will be both economic and political

On the whole, Picciotto’s argument flies in the face of both history and labor theory. What Picciotto calls the nation-state seems to me to be more accurately described in labor theory as the state of a given territory which acts as the capitalist of the capital residing in that territory along the lines described by Engels in “Socialism”. The nation-state emerges as the direct exploiter of the labor power of the working class within its territory.

On the other hand, the state in this form presents to the world market as just another capital beside many other capitals, albeit one that is organized along national lines and encompassing the total capital of a given territory. The world market, therefore, is essentially the competition among these national capitals, each of which is more or less organized in the same fashion. The laws that determine this competition do not differ in character from that already thoroughly discussed by Marx in Das Kapital except with regards to the scale on which they operate and the impact they have on society.

In fact, once we realize capital is an inherently global mode of production from its inception, competition among capitals must necessarily be defined, first and foremost, not as the competition between private capitals, but as competition among hostile national capitals. It follows from this that the state is not, and never could be, conceived as the state of a single nation — the ideal and increasingly direct expression of the capital of a single nation — but must be conceived as the ideal expression of the total capital of the world market.

At the level of the world market, competition has to be seen as competition between national capitals. This competition is over division of the total surplus product of labor in all countries taken together. The state necessarily conforming to the total capital within the world market is not the state as it appears in the description of bourgeois simpletons: it has no laws, no parliament, no political parties, no regulatory bodies, no national border, flags, etc. It is not, by any stretch of the imagination, the sovereign nation-state as it appears in bourgeois political theory.

One the other hand, once we understand this, it becomes clear Marx was not abstracting from complicating political influences when he wrote Das Kapital, but assumed the contrary premise at the outset: in the final analysis, the nation state itself was the capitalist who employed labor power for the production of surplus value.