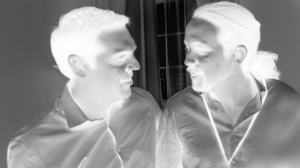 Yesterday Pablo Iglesias of Podemos sent out a message of support and solidarity for SYRIZA and Alexis Tsipras. While the statement was to be expected, it contained what I think is one of the more important defects in the approach both SYRIZA and Podemos have taken to the crisis:

“I’m Pablo Iglesias from Podemos and my message to the Greek people is quite clear. I think there are two options in the new elections in Greece, two candidates. The candidate whose name is Angela Merkel and is represented by parties like PASOK and New Democracy and the Greek candidate, his name is Alexis Tsipras. I’m sure the Greek people are going to choose a Greek new President for the country. I think in the South of Europe we need Presidents that will defend and protect the national sovereignty. “

I draw your attention to the last sentence in Iglesias’s message: “I think in the South of Europe we need Presidents that will defend and protect the national sovereignty.”

My question about this statement is this: Why is this not fascism? Why is Iglesias afraid of the end of national sovereignty in the South of Europe? What has the nation state ever given humanity but war, colonialism, progroms and exploitation?

For the fascist, national characteristics are more important than class characteristic and they make a big thing of arguing for national renewal and rebirth. Why does this message find an echo in the approach taken by the two most important Left movements in Europe today? The problem with Iglesias’s call for defense of national sovereignty is that it is the working class, not the nation, that is under attack by the austerity offensive of the capitalists.

Yet, the response by Iglesias is to call for a defense of the national sovereignty of Spain, rather than class unity across the EU? Okay, “class unity” may sound a bit like outdated Marxish jargon, but you get my point, I hope.

Then again, who looks to Podemos for theoretical clarity in the first place? If anything, Podemos’s practical role in the crisis is more important than mere theoretical critique of neoliberalism and the EU.

This is not and never has been a national problem. The EU wants to treat it like that. So, when the excesses of the banking sector came home to roost, it was all dumped on the people of Spain — which, at the time, had scrupulously followed EU guidelines on public debt.

Podemos is a practical critique of defects of the EU: The people of Spain have to say that the bank crisis is not Spain’s problem alone; nor is it Ireland’s, Greece’s, Portugal’s, and Italy’s alone. Either the EU addresses it or the debt is done.

Iceland made its banking problem go away and so should these other countries. All of the concern about paying the debt is foolish. The EU is going to eat the debt and there is nothing they can do to prevent this. Merkel, the Bundesbank and the ECB is going to eat all of the debt — every penny of it — and all of their whining will not change this.

Germany is going to lose its national sovereignty just like Spain and Greece have lost theirs. All national sovereignties within the EU will be replaced by a political union of the continent. And this is the best deal Germany can hope for; the one that is at least consistent with continuation of capitalism. If Merkel and the Bundesbank keep fucking around, they just might see the end of capitalism too.

But the capitalists are going to catch hell as competition intensifies. The various national capitals will no longer be able to employ the state to shift the burden of economic restructuring onto their respective working classes. And if as a result of this loss of state sovereignty these national capitals cannot compete, they will be forced out of the market and “driven along the adventurous road of speculation, credit frauds, stock swindles, and crises” where all surplus capitals go to die.

If Podemos and SYRIZA play their cards right, the old EU — the EU dominated by banking interests — is dead. If you fear a progressive neoliberal solution to the crisis this is probably it: all countries lose their sovereignty and union is completed. To be sure, I am not sure what about it is all that frightening to you, since it now sets the stage for a common political struggle across the EU between the two classes.

The question is how does the Left position itself to take advantage? How does it think ahead to a period where all politics is continental? The Left is still trapped in a mindset where all politics is national and they seem married to that conception of politics; yet everything points to some sort of political union to compliment the economic integration.

How can anyone on the radical Left ignore this probability?