What happens ‘when something has to give”, but nothing likely will?

There is an interesting and much retweeted article today from Paul Mason, “Greece: why something has to give”. According to Mason, pressure is growing for a split in SYRIZA:

“So there is pressure growing, from within and without, to force a split in Syriza, with the Left Platform leaving the parliamentary group, and Tsipras now forced to rely on centre-left and Karamanlis-wing conservative votes to get any deal through the Hellenic parliament.” 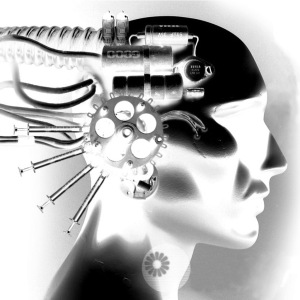 Mind you, this is all over a debt that everyone knows cannot be repaid, no matter who is in power. It is not just that the EU is using the debt to beat SYRIZA down, SYRIZA seems intent on using the debt against itself.

Of course, a split in SYRIZA cannot fix Greece’s debt problem, as bondholders and anyone with an ounce of common sense knows:

“Let’s start by considering the raw numbers. Greece can’t borrow big money on the global markets, because its €320bn debt is – rightly, I think – seen as unpayable. No level of austerity bearable by Greek society could pay down the debt.”

The previous government lied about the state’s finances, capital is fleeing, the ECB is waging economic warfare against SYRIZA; and the ECB and Eurogroup have no desire to come to an agreement with SYRIZA. As the EU adds pressure from the outside, Mason argues, the Left Platform is organizing for a split from the inside.

This can’t go on, explains Mason. At some point, something somewhere has to give.

Mason, as he has done all along, calls the SYRIZA majority “social democratic”; basically ignoring its roots in the Third International as if this distinction is of no consequence. And he uses the term to explain what he calls an “existential belief” in the euro, which has now been shaken by events. Mason’s suggestion the SYRIZA majority has a fetishistic attachment to the euro doesn’t seem right to me.

First, it completely ignores the fact that a clear and overwhelming majority of Greece citizens want to remain in the eurozone. This, he condescendingly suggests, could be changed “if the evidence is marshalled convincingly.” How little Mason understands public opinion is seen by the fact that thousands each year brave death to illegally emigrate to Europe.

Why does he think these folks are putting their lives at risk to emigrate to Greece, Italy, etc.? Is there some big secret in the hands of the SYRIZA majority that could be “marshalled” to change this behavior? The people of Greece want to be in the eurozone for the same reason folks cross the Mediterranean at risk of their very lives to be there.

Second, even if SYRIZA left the eurozone this instant not a single fact would be changed. The debt would not go away, the hostility of the Eurogroup would not abate, the economic warfare of the ECB would not diminish. Nothing at all on that side of the equation changes.

Moreover, people who argue SYRIZA should leave the eurozone don’t suggest this because it fixes Greece’s public debt. They suggest it because it gives the state direct control over the subsistence of the working class to squeeze more surplus value. By inflating away the purchasing power of the currency, (20% according to Lapavitsas), more surplus can be wrung from the class. Thus, leaving the eurozone doesn’t imply the end of austerity, but its vicious intensification beyond what was achieved even by the troika program

Third, SYRIZA came to power not only to end austerity (which currency devaluation couldn’t accomplish) it also promised to reform the economy. The problem in Greece’s economy is that it employs almost twice as much labor time as the best organized economies in the eurozone. Leaving the eurozone doesn’t fix this; it simply proposes to pay the workers less for their labor power. No matter how much wages are cut through devaluation, the economy still remains wasteful of labor, which adds to the cost of production.

Mason says little or nothing about the sorry state of the Greece economy. Yes, he notes “economic activity is suppressed and foreign trade collapsing”, but this is all secondary to ECB and Eurogroup pressure. However, even before 2008-2010, the Greece economy was hardly stellar and needed to be restructured. The collapse of the banking sector and the subsequent troika austerity program only broke an already crippled economy.

SYRIZA victory was largely possible because no amount of squeezing the population could ever generate enough surplus value to pay its debts. It was also a victory of the Third International — the final expression of 20th Century Marxism and thus of Marxism itself. There is nothing left of Marxism as a politics after SYRIZA.

The problem is, and has always been, labor time, the expenditure of which no one in any quarter wants to talk.  The fact is SYRIZA will fail, not because Greece can’t pay its debts, but because it refuses to address the question of labor time in Greece. Every capitalist crisis is a crisis produced by the progressive diminution of the socially necessary labor time required for production of commodities.

SYRIZA will reduce labor hours or it will collapse as every government before it collapsed — and it will take the Greece state, the euro and the European Union with it. There is no other possible outcome in Greece.