On the irrelevancy of Andrew Kliman

Andrew Kliman writes about the relevance of Marx’s “Capital” today; in it he highlights five aspects of the book he thinks continue to make it relevant. According to Kliman, the continuing relevancy of Capital depends on five things: 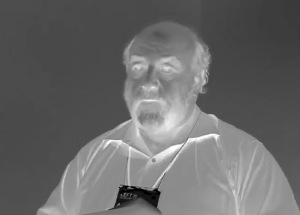 First, Capital is a “stripped down” description of the capitalist mode of production, not a complete and final description of capitalist society. Second, the book not only critiques bourgeois economics but many of the most popular alternatives offered by radicals of its time. Third,  capitalism, as described in Capital, is an autonomous, self-acting, process in which “those in power” aren’t really in control of the process. The fourth point is that Capital explains a process where the ‘rules’ of commodity production continue to hold in for the total national capital, even if these rules are violated in particular cases. The fifth and final point is that Capital shows technological improvement tends to reduce the profitability of investment.

Since Andrew Kliman is almost always wrong about everything he discusses of Marx’s theory, it is no surprise to me that he is wrong about the book, Capital, as well. Kliman completely misses the true significance and relevancy of Capital, because he really has no idea why the book remains relevant today.

In first place, Capital, unlike any other book on the mode of production, explains in detail Marx’s theory that capitalism is, as Marx puts it, “only a historical mode of production corresponding to a definite limited epoch in the development of the material requirements of production.” Which is to say, capitalism has a definite shelf-life, a limit beyond which it, as a blind process, cannot continue indefinitely. This limitation is not determined by any external force, but arises solely from the process of capitalist production itself.

In answer to the persistent question of some Marxists, Yes, the collapse of capitalism is inevitable and requires no action on the part of the working class. The idea, so popular among some Marxists, that the demise of capitalism requires a proletarian political revolution to bring it down is a myth story whose persistence must indeed be explained but which was never a part of Marx’s original theory.

How Kliman botched the transformation problem

One of the more interesting points that illustrates the continuing relevancy of Marx’s theory is explained by the so-called ‘transformation’ of labor values into capitalist prices of production. Of this problem, Kliman writes:

“Because of the long-standing myth that his account has been proven logically inconsistent, as well as the technical, mathematical character of the alleged proofs of inconsistency and of the bewildering array of so-called “solutions” to “the transformation problem”––i.e., efforts to “correct” the alleged inconsistency––the topic is frequently mocked and dismissed as abstruse and unimportant.”

Kliman’s lack of understanding of Marx’s theory is on full display here.

However this silly debate conceals a second, more important question: Did Marx ever intend to demonstrate how labor values are transformed into capitalist prices of production? I think Marx never intended to demonstrate this transformation, but always intended to make another, more important, point; namely, that the formation of capitalist production prices violate the law of value, of simple commodity production and exchange.

The collapse of capitalism is inevitable

Thus, Kliman is completely wrong to assert, “Nothing fundamental has changed.” What has changed is that, with the emergence of capitalist production, prices of commodities can no longer be determined by their labor values. In other words, from its inception the capitalist mode of production progressively undermines commodity production and, thus, its own premise.

To put this in more concrete, modern, terms, the collapse of the Bretton Woods agreement in 1971, and of the gold standard in general, was already prefigured in the divergence of simple labor values from capitalist prices of production at the inception of the capitalist mode. Marx could, therefore, predict with 100 percent certainty that production on the basis of exchange value (i.e., simple commodity production) would collapse.

2 Comments to “On the irrelevancy of Andrew Kliman”