I have been reading a pamphlet on police abolition, A World Without Police, in conjunction with an essay by Scott Jay, “The real problem with Jill Stein”.

The essay highlights a real paradox in the thinking of what I will for the purposes of this comment call the radical Left. By the term, ‘radical Left’, I mean those activists and thinkers who are explicitly committed to a socialist future and who see this coming into being outside the existing state and the two major political parties. The term, ‘socialist’ is used here loosely, but roughly correlates with what Marxists would define as the end of the system of wage labor.

The pamphlet, ‘A World Without Police’ touches on one aspect of what this loosely defined socialist future would look like, public safety. In this vision a socialist future is one in which the public function of the police has lost its character as a special body of individuals. That function is now carried out directly and immediately by the members of society. It is, of course, tentative, as should be expected: It is impossible to say how those who have never grown up with armed men and women patrolling a community will function in absence of those men and women. But, the pamphlet tries to paint a realistic picture of what this looks like for those of us for whom the police seem as necessary as food and water.

END_OF_DOCUMENT_TOKEN_TO_BE_REPLACED

Miyamoto Musashi, the legendary 16th century Japanese swordsman and author of The Book of Five Rings wrote, “You can only fight the way you practice”. This aphorism has been adopted by the United States Army in the following form:

“Remember, you will fight as you train!” 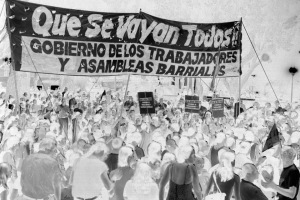 The Musashi statement is both a reminder and a warning for the radical Left: You will govern a city exactly the same way you win the election to govern it.

I was reminded of it when I read this criticism of one of my posts by a redditor with the rather odd nickname, “BecomingTesla”. In answer to my observation that the Harris campaign says nothing about the Green Party’s bold promise to replace the existing government with neighborhood assemblies, the redditor writes: END_OF_DOCUMENT_TOKEN_TO_BE_REPLACED

I have been boning up on the Green Party’s 2016 campaign, because it is the largest single radical Left party in the United States. Its fate will be a big influence on the radical Left going forward.

As part of that effort, I have been looking at what is for me the most promising Green Party election campaign this season: Joshua Harris, a former Democrat, who is now running for mayor of Baltimore on the Green Party ticket. Harris’s campaign brings together a number of threads I have been thinking about this year and last in the wake of the SYRIZA disaster in Greece. 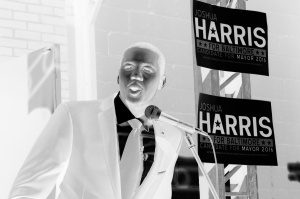 The centerpiece of the Harris campaign is his proposal to set up a public bank in Baltimore using the rainy day fund as initial capital. He wants to use these funds to invest beyond the inner harbor. The centerpiece of his proposal for radical change is a public bank, modeled on a bank that has already been established in North Dakota. According to Harris, “[public] banking, essentially, takes the concept of traditional banks and brings it into the government sector.”

END_OF_DOCUMENT_TOKEN_TO_BE_REPLACED

Given that this election season is over except for the crowning of one of the two major candidates, I assume many third parties will now be looking to the 2018 and 2020 election seasons. So I thought I would spend some time looking at the Green Party program. As the largest radical Left party on the scene, they bear watching.

The Greens have a very good platform that includes: 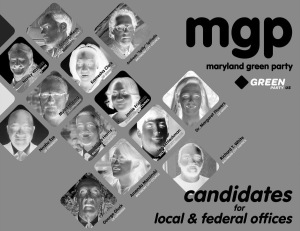 The Greens appear to have given a lot of thought to their platform in an attempt to develop a fully rounded approach. The most important measures they propose concerns the radical restructuring of governance: community assemblies that appear to echo the Paris Commune. The community assemblies would serve as local legislative bodies with power to “monitor, instruct, and recall representatives elected to municipal, state, and federal office.”

Also included under this section is a proposal for reducing the salaries of elected officials to that of an average worker.

It is unclear from the platform if this body carries out its duties alongside the existing local, state and federal government or replaces it entirely. In other words, it is not clear if the Greens want to add another layer of administration to the existing state or abolish it. If it is the latter, the Greens propose to go much further than anything radical governments have attempted in decades.

END_OF_DOCUMENT_TOKEN_TO_BE_REPLACED

A month ago, I was asked by a commenter to expand on the argument I made in an earlier post on the failure of Marxist economists to offer any policy useful recommendations to radical activists trying to organize among the working class.

I offer this post as an answer to that request. 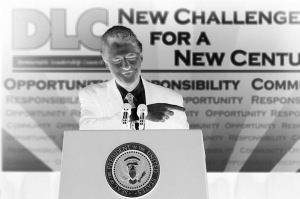 There is something of a distinction between the generations raised before Reagan and Thatcher and those who came after that suggest radical politics is now on an even footing with bourgeois politics. Allow me to oversimplify this argument for purposes of brevity.

END_OF_DOCUMENT_TOKEN_TO_BE_REPLACED

Over the weekend I spent some time  taking a deep dive into the programs of some of the radical parties on the Left and I have a big question: How do you have open borders, on the one hand; and many of the programs supported by the Left, on the other hand?

“The SEP fights for the repeal of all anti-immigrant laws and the disbanding of Immigration and Customs Enforcement (ICE) and the US Border Patrol. It calls for all undocumented workers to be guaranteed full legal rights, including the right to work and the right to travel to their home countries without the threat of being barred from returning and torn from their families. Against the attempt to militarize borders and persecute immigrants, not only in the US but all over the globe, the working class must uphold the principle of open borders—the right of workers to live and work in whatever country they choose with full citizenship rights.”

END_OF_DOCUMENT_TOKEN_TO_BE_REPLACED

The Art of [Class] War

Have you ever tried to make a list of the major vulnerabilities of the capitalist mode of production?

I know a lot of debate has taken place over crisis theory. And this, I suppose, is one way to approach the problem, but I am going to try another tack: to put together a list like of vulnerabilities present in the capitalist mode of production based on Engels’s synopsis of capital. The results will be very crude, but it will be sufficient for you to see where I am going with this idea.

In his synopsis of Capital, Engels breaks the book into four major subject areas that also might be thought of a four critical vulnerabilities of capital. These are:

Can these four subject areas be used to uncover critical points of vulnerability in the capitalist mode of production that we can exploit to bring it down? Let’s see.

END_OF_DOCUMENT_TOKEN_TO_BE_REPLACED

The remarkable thing about Srnicek and Williams’ book, Inventing the Future, is that it brings together technology, labor and income into a concise political program for the Left. The defect of the book is that it attempts to do this in a superficial (merely political) way that neglects the inner relation between the three elements.

Technology, for instance, is not an isolated factor in political economy but influences both labor time and income distribution in the capitalist mode of production. The authors seem to vaguely understand this, but their grasp of the subject is limited.

This means the demand for complete automation of production called for in the book is identical with a demand for the complete abolition of wage labor. It also means that, in the long run, technical progress, wage labor and wages are not simply loosely related elements of a purely political program, but three different expressions of one and the same thing.