Open Letter to David Harvey: “Um, about that alternative you said you had …” 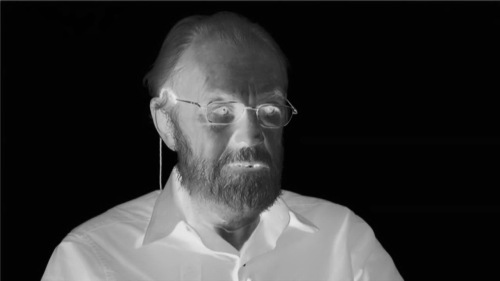 “Revolutionary transformations cannot be accomplished without at the very minimum changing our ideas, abandoning cherished beliefs and prejudices, giving up various daily comforts and rights, submitting to some new daily life regimen, changing our social and political roles, reassigning our rights, duties and responsibilities and altering our behaviors to better conform to collective needs and a common will. The world around us – our geographies – must be radically re-shaped as must our social relations, the relation to nature and all of the other moments in the co-revolutionary process. It is understandable, to some degree, that many prefer a politics of denial to a politics of active confrontation with all of this.”

As I was re-reading this essay by Harvey it occurred to me how full of shit the radical Keynesians are. I thought I would direct my reservations to one of the preeminent Marxists in the United States, David Harvey, who wrote of the need for an alternative to the present system almost a decade ago..

Contrary to your “radical” sentiments expressed in the above essay, it is pretty clear to me radical Leftists like you will likely spend the next four years whining about how the GOP is dismantling the social welfare state and very little time really thinking about what should replace it.

The Left must get over it love affair with fascism and do it quickly if it wants to survive. In all likelihood the welfare state is finished. In fact, if I was a GOPer, I would burn it all down now, while I had the chance: no “repeal and replace”, just repeal it all and be done with it while the Democraps are still reeling from their collapse.

I think this confronts Leftists with the existential question you pose in your essay:

Do you radicals really want to go back to the social welfare paradigm? Do you really want to erect another system that just patches over problems? That’s likely where the Democraps will want to go; will radical Leftists follow them obediently as usual?

The best and latest example of the failure of the social welfare state paradigm is Obamacare; a disappointment by every measure. I haven’t seen anyone on the Left who thinks Obamacare was a success. Modeled on a GOP idea Obamacare meets all the typical features of the American social safety net; which is to say it is too little, too late. It took forever to be realized, is inferior to its European counterparts, offers little anyone actually needed, and costs an arm and a leg.

But watch Leftists defend it against the GOP efforts to dismantle it as if getting rid of it will be the end of civilization.

You radicals hate Obamacare, but can’t bring yourself to kill it. Fine. The GOP will do what you didn’t have the courage to do. And you can blame them for doing it.

And this is only right, since Obamacare was their stupid idea in the first place.

Every part of the American social welfare state has the same defects as Obamacare; we need to get rid of all of it. We need to put forward a plan that addresses the social ills of capitalism comprehensively and permanently as you suggest in the above quote.

What do radicals lose by doing this? Will the GOP not get rid of Obamacare? Will the Democraps not help them? Of course they will. The reason why we have Obamacare is that the Democraps have never wanted “socialized medicine” either. They had the votes to extend Medicare to everyone and balked — even that would have been better than Obamacare. With Obamacare gone, we can now offer a real alternative, not just for healthcare but for capitalism too.

Are radicals going to whine that there is no alternative to capitalism after insisting there was one for the last forty years?

Well, what is this alternative you folks have been promising us existed for more than two generations? What is your fucking plan? If after all this time you can only offer a zombie version of the social welfare state, is there any wonder I call you liars and charlatans?

Here is your chance to roll out this brand spanking new alternative to capitalism for all to see.

Where is your alternative? Let’s see the blueprint.

3 Comments to “Open Letter to David Harvey: “Um, about that alternative you said you had …””