Is the proletariat the only revolutionary class in society?

This essay by Ben Noys, “Apocalypse, Tendency, Crisis”, got me thinking about that question. If we could extrapolate the accumulation process of the capitalist mode of production indefinitely into the foreseeable future where would it end up? 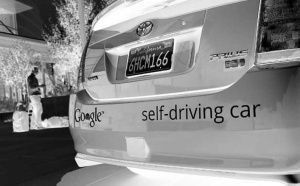 Like most people, Ben Noys fills this hole in with the most dire predictions. He predicts a future of “potential apocalypse with the overlapping of the financial crisis, ecological crisis and the crisis of movements of resistance”. And, to some extent, Noys is one of the optimistic thinkers; others have predicted a nightmare of concentration camps filled with surplus workers, patrolled by armed guards and police dogs — Gaza on a global scale.

Life in the future may get pretty ugly, but what does this have to do with my original question: “Is the proletariat the only revolutionary class in society?”

Since the days of Marx and Engels, many Marxists have believed, wrongly, that the proletarians are the only revolutionary class in society. However, in the Communist Manifesto and again in his Gotha program critique, Marx showed why this belief is false. This suggests that even if capitalist accumulation did not trigger a proletarian revolution, the accumulation process bound up with capital is itself revolutionary.

Frankly, we’re not used to thinking about capitalism this way. People naturally assume that if there is no proletarian revolution things just go to shit. This might in fact be true, but it is not proven true simply by asserting it is true.

Noys and ‘The tendency’

The bourgeois revolution in production is the progressive reduction of labor in production of commodities. The problem with Ben Noys’ thesis in his essay is that even if we assume no proletarian revolution, accumulation continues to revolutionize production. We might not like the way it unfolds and it might be miserable for us as proletarians, but it does continue.

This brings us to the concept of ‘the tendency’ in Marx’s theory that Noys and several other writers discuss. Noys clearly has no idea what ‘the tendency’ is, so he distracts us with a lot of nonsensical phrasing:

“The tendency or tendencies … have a particularly tricky form – a dialectical form in fact – in which ‘the objective forms of the objects are themselves transformed into a process, a flux.’”

(NOTE FOR THE READER: Any time a Marxist uses the term, ‘dialectical’, you just know some utter bullshit follows. The term ‘dialectical’, when used by a Marxist writer, can be interpreted as an admission: “I haven’t the slightest fucking idea what I am saying.”)

The concept of tendency in Marx, says Noys, (hiding behind the skirt of some guy named Gopal Balakrishna), is “notoriously unclear”, because it is related to Marx’s “speculation” on the tendency of the rate of profit to fall.

As you may know the law of the falling rate of profit is expressed practically only as a tendency of the rate of profit to fall. The law itself arises from growing productivity of labor resulting from the increase of machinery, science and technology in production relative to living labor. Over time the production of material wealth come more to rely on machinery, science and technology and less on direct labor.

This is all good, of course, but brings with it a mathematical result noted by economists long before Marx: If profit is the product of living labor alone and the application of living labor in production is decreasing relative to machines, science and technology, this implies that over time profits will fall relative to total investment.

Not difficult to grasp at all, right? The capitalist puts more of his capital into inputs that do not produce profit and less of his capital into the single input, labor power, that does produce profit. For Marx, this was just simple math and hardly earth-shattering. The real problem, the one economists could not explain, is that this mathematical rule predicts capital should collapse and soon.

Why didn’t capitalism collapse as the simple mathematical relation suggested? Marx offered the hypothesis that the falling rate of profit was not expressed in all of its mathematical purity, but only as a tendency. When the rate of profit fell, capital operated in such a way as to restore it so that despite its fall the absolute mass of profit always increased. Marx pointed to a number of ‘measures’ — for lack of a better term — capital takes to restore the mass of profits. Among them, for instance, export of capital to parts of the world market where a higher profit rate was possible and what he called one of the most important measures: an attempt by capital to push wages below the value of labor power.

Please, just read Ben Noys’ discussion of “the tendency” and tell me if he even comes close to explaining this idea. In my opinion, Noys turns “the tendency” from something anyone can understand into a mystical exposition that would rival the mystery of the Trinity.

I think there is a reason why Noys mystifies Marx’s discussion of the tendency of the rate of profit to fall: the tendency is all about communism and Noys is an inveterate anti-communist.

Yeah, I just said that. If John Lewis can call Donald Trump an illegitimate president, I can call Ben Noys an inveterate anti-communist.

Communism is free time and nothing else and “the tendency” is all about reducing the need for labor in production. As Marx explains in chapter 15 of volume 3,

“The rate of profit does not sink because the labourer is exploited any less, but because generally less labour is employed in proportion to the employed capital.”

The steady reduction of labor in the production of commodities is expressed only as a tendency — why? Because capital’s goal in reducing necessary labor isn’t to abolish labor, and thus make communism possible, but to increase the unpaid labor of the worker. Yes, capital reduces the need for labor in production of commodities, but it does this solely to increase profits. Thus, the reduction of labor is only expressed as a tendency under the capitalist mode of production, not as an absolute law.

And all of Noys “dialectical” bullshit is just that: bullshit.

What makes the proletarians absolutely revolutionary, i.e., revolutionary not just in relation to previous ruling classes, but class society itself, is that ultimately it has no real interest to increase the unpaid portion of its own labor. Thus it can, in theory, propose to reduce necessary labor in production in order to completely emancipate itself from wage slavery. Under this scenario, all the increase in the productivity of labor brought about by the development of social labor and the application machinery, science and technology in production is directed at eliminating the need for labor, not increasing profit.

Would it be communism? No. But, as Engels put it, it will have technically solved all of the problems of communist society.

Filed Under: Value Criticism
Tags: accelerationism : Ben Noys : law of the tendency for the rate of profit to fall

10 Comments to “Is the proletariat the only revolutionary class in society?”