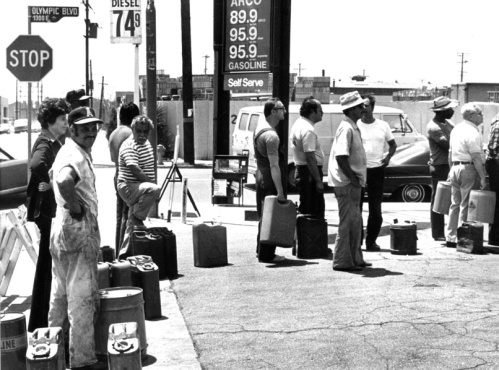 No examination of a historical event is possible without a theory.  The study of history requires not just the mastery of facts, but a theoretical framework that can make sense of those facts. Most of us approach history with little or no theoretical grounding in this regard, except the nonsense promoted by talking heads on the evening news or the “supply and demand” bullshit we were taught in grade school as children.

Most of us think we can understand historical events without a theoretical framework. This approach is possible, I suppose, but it can leave us prone to critical errors of interpretation even if we know the basic facts. Very significant historical events are complex. It is not always possible to understand the thread of the events merely by mastering the facts.

Let me give an example of what I mean.

END_OF_DOCUMENT_TOKEN_TO_BE_REPLACED

In my last post, I argued that Mandel literally invented a theoretical argument to show why Friedman was wrong to implicate fascist state social spending in the rampant inflation that swept the world market in the 1970s. Friedman’s monetarism argued that government counterfeiting of its currency caused inflation.

But Mandel knew that if the fascists suddenly made an effort to constrain fascist state currency printing, the “economy” would literally implode. This is why he labeled the idea that government was deliberately trying to depreciate its own currency a “conspiracy theory”.

Mandel’s about face is to be explained, in part, by confusion among Marxists at the apparent continuation of wage slavery in the absence of commodity money, But the problem was also one of blatant political opportunism that has gripped Marxists since 1971.

To justify fascist state food stamp socialism — social programs alleged to ameliorate the conditions of the working class — Marxists have been compelled to offer another explanation for the debased post-1971 dollar — an explanation that fundamentally departs from the assumptions of Marx’s labor theory of value. Marxists today insist that, somehow, a valueless debased fiat dollar still expresses the labor values of commodities even though it has no connection to commodity money.

So, allow me to show — again — why this silly proposition is … well, silly.

What happened in 1971 was a conventional currency crisis and nothing more. The dollar was not simply devalued, it was debased altogether.

END_OF_DOCUMENT_TOKEN_TO_BE_REPLACED

Second, Mandel never attempted to verify his hypothesis by examining the empirical data. Had he done so it would have been immediately evident that his hypothesis failed.

Third, Mandel allowed himself to be influenced by things that had no connection whatsoever to the evidence. He believed it was a conspiracy theory to argue the collapse of the dollar was the result of government policy. Thus he never really investigated the idea.

END_OF_DOCUMENT_TOKEN_TO_BE_REPLACED

Let’s talk about my two favorite things: Money and Marxist Morons! In particular, let’s talk about the relation between US dollars and the money commodity, gold.

I am addressing this issue because it has been suggested by Noa Rodman that I have neglected the concrete circumstances of the collapse of Bretton Woods in 1971 and the US withdrawal of its commitment to redeem dollars for gold at an official exchange ratio of 35 paper dollars for one troy ounce of gold:

“Jehu, I hope you take to heart my suggestion for research into the concrete circumstances of ‘1971’.”

My response to Noa will be based on a critique of Ernest Mandel’s 1980 essay, “Behind the soaring price of gold”.

In this essay, Mandel sought to explain the sudden rise of gold prices in the 1970s following Nixon’s decision to withdraw from the Bretton Woods agreement. In that agreement the United States government was pledged to redeem its currency for gold at the official rate of $35 (currency) to one troy ounce of gold. This agreement was concluded following World War II by the United States and its allies. By 1980, gold was being sold at prices upwards of $800, not the former agreed upon price of $35 — a whopping 2285% increase!

What caused this staggering leap in gold prices?

END_OF_DOCUMENT_TOKEN_TO_BE_REPLACED

Notes for a talk on communism and free time

This essay is to serve as talking points on communism and free time in Marx’s labor theory of value. This summary is mostly drawn from the Grundrisse, specifically the so-called fragment on the machine. It is not in final form. I am circulating it to serve as the basis for discussion. The talking points also do not offer any proof for any of Marx’s arguments. Nothing I say here argues that Marx was right, only that this is the argument he makes in the Grundrisse.

My approach to the subject assumes that communism can be defined as free time and nothing else. Following this logic, capitalism is conceived of as the creation of the material foundation for non-labor for the majority of society.

By way of introduction, it should be noted that this short passage from Marx is from a collection of notebooks that was mostly unknown until around 1973, when it was translated into English by Martin Nicolaus and made widely available. Although it had been published as early as 1939, sources state only 3-4 copies of the notebooks that together compose the work ever reached the West until Nicolaus translated it.

As can be seen from my summary, Marx predicted the end of production based on commodity money (exchange value) was inevitable. The prediction, however, never known until the gold standard had actually already collapsed in 1971. As a result, Marx’s prediction has never been adequately integrated into Marx’s theoretical model by Marxist academics and economists.

The Grundrisse thus gives a much different perspective on events of the 20th century, from the two world wars to the Great Depression to the collapse of Bretton Woods money system in 1971 as well as many events within the world market thereafter.

END_OF_DOCUMENT_TOKEN_TO_BE_REPLACED

The Strategic Counter-Offensive of Labor