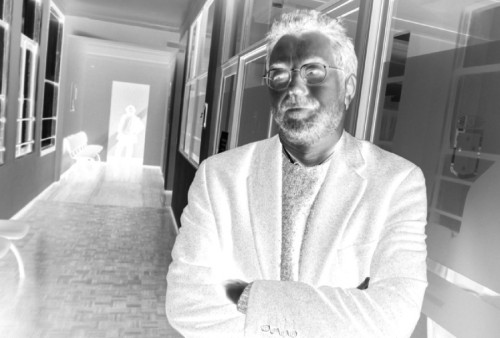 What is wrong with communists today that they cannot just open their otherwise useless pie-holes and say, “We must aim for the immediate and unconditional abolition of wage slavery?”

The latest attempt to obscure what communism means comes today by way of Anselm Jappe who, when asked in this interview what emancipation looks like, gave this silly non-response:

Alastair Hemmens: Finally, what do you think the development and shape of a movement of human emancipation might look like in the best possible scenario? In other words, what should human beings be doing in the face of the crisis of capitalism?

Anselm Jappe: The question is no longer if we can escape capitalism but how it will happen, because this society is already collapsing all around us, even if it does so at various speeds in different sectors and regions of the world. A huge portion of humanity has already been designated as “garbage” and is condemned to survive, as best it can, often in rubbish dumps or by recycling refuse. Money, value, labor, and the commodity are being overcome but in the form of a nightmare. Not a great deal of actual work is needed in production, but we are all forced to work in order to live. The money currently in circulation is mostly “insubstantial,” based only on credit and confidence. Value-production is shrinking. The real question now is how to construct alternatives and these can only exist in a world beyond the market and the state. There are no longer any “economic” policies or systems, even if they are “fairer” or “alternative,” that can solve this problem because they are all based on the accumulation of abstract labor. The only role the state can play in all of this is to be the repressive administrator of the misery created by the crisis of capitalism. No party, no election, no “revolutionary” government, no storming of the Winter Palace can lead to anything other than the continual administration of commodity society under ever-worsening conditions. This is why all left-wing politics has completely failed in the last few decades. The left hasn’t even been able to impose Keynesian economic policies or bring back the welfare state to replace neoliberalism. It’s not a question of a lack of will power. “Economic laws” cannot be “humanized.” They can only be abolished in order to return to a society where the satisfaction of needs is not based on an “economic sphere” that relies on labor.

What we need, therefore, could be called a kind of “grassroots revolution” with a new meaning, one that is not afraid of the necessity of confronting those who defend the ruling order, particularly when it comes to appropriating basic things—housing, production facilities, resources—by bypassing the mediation of money. We have to bring together socio-economic struggles—against housing evictions, for example, or the expropriation of land by big companies—with environmental and anti-technological struggles—against mining, new airports, nuclear power, GMOs, nanotechnology, surveillance—and struggles to change people’s way of thinking—overcoming the commodity psyche. That would mean a real transformation of civilization, much more far-reaching than a mere political or economic change. The transformations I am talking about go much further than simply saying, “we are the ninety-nine percent:” that is just a form of populism that pits a tiny minority of so-called “parasites” against “us,” the honest workers and savers. We are all of us deeply entrenched in this society and we have to act together on all levels to escape it. Humanity has been completely victorious in its struggle to become the “masters of nature,” as Descartes put it, but it is also more helpless than ever in the face of the society it has created.

What the fuck is so difficult about saying we want to abolish wage slavery? How did that ever get to be too radical a statement for a FUCKING COMMUNIST!

Can someone please tell me that, please.