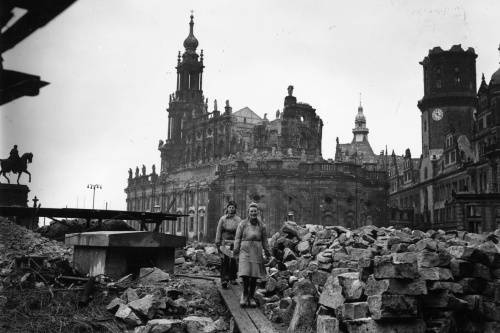 Near the end of that previous text, the narrator makes this haunting statement:

It must be, I thought, one of the race’s most persistent and comforting hallucinations to trust that “it can’t happen here”—that one’s own little time and place is beyond cataclysms

Of course, these are the words of the author, put in the mouth of the narrator. The author, John Wyndham, was not likely to be someone who thought “it can’t happen here”. He had fought in the Great War, lived through the Great Depression, watched the even more horrifying conflict of the Second World War, seen the rise of fascism, the Russian revolution, and the brilliant dawn of the atomic age over Hiroshima.

If you want to fantasize that somewhere in a galaxy far away, long ago, there is a princess waiting for you to rescue her, you must suspend belief. Many people argue that this isn’t speculative fiction. This is fantasy.

Unlike fantasy, speculative fiction is said to create worlds that are at least possible.

If you want to believe that some calamity suddenly puts the great mass of able-bodied workers out of a job in 1951, you need only extrapolate the Great Depression or one of the two world wars of the previous thirty years and try to imagine a possible trigger for that event.

At the time of its publication, most readers of The Day of the Triffids had already lived through a calamity where a quarter of the working age population had been put out of work suddenly and without any apparent cause. As in Triffids, during the Great Depression the factories and farms were not destroyed by any bombs, there had been no pestilence or plagues, and people desperately needed the products the firms produced. Yet, despite all this, the factories and farms stood idle and the workers wandered aimlessly looking for work as if blind.

(Okay, there were no carnivorous, venomous people-eating, walking sunflowers that I know of — so that might be a little different.)

Only there is a branch of science — labor theory of value, to be exact — that says it can happen here.

Eventually, the entire labor force would have been put out of a job without a single factory or farm being destroyed by single bomb.