Another Professor heard from…

One thing I hate are people who badmouth Accelerationism as this guy, J. Moufawad-Paul does at about 14:20 into this podcast:

The professor knows, or should know, that Marx said of capital that its historical mission “is unconstrained development in geometrical progression of the productivity of human labour.”

Marx also proposed that the proletariat, if it comes to power, should, “use its political supremacy to wrest, by degree, all capital from the bourgeoisie, to centralise all instruments of production in the hands of the State, i.e., of the proletariat organised as the ruling class; and to increase the total productive forces as rapidly as possible.”

If this is not accelerationism, as it is currently defined by its opponents and advocates alike, I do not know what is.

Professor Moufawad-Paul need to pick up a book and read it sometime. He just might learn something new.

The SCUM Manifesto and the Abolition of Wage Slavery 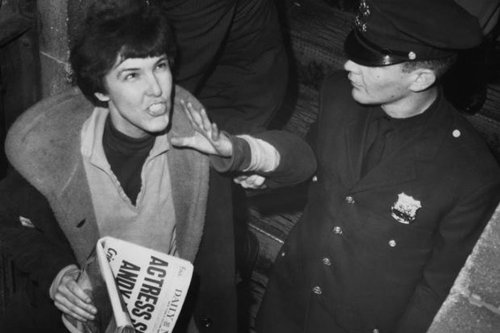 As I was banned on r/communization last night, I accused of parroting Valerie Solanas, author of the SCUM Manifesto in 1967. I had never heard of this person before last night, so I went to read it. I was actually surprised both by the manifesto and by the accusation that I was parroting many of Solanas’s ideas.

If you are familiar with Solanas and her SCUM Manifesto, my surprise may not be what you think it is. I was very impressed with her argument.

Here are some of her choice quotes:

Life in this society being, at best, an utter bore and no aspect of society being at all relevant to women, there remains to civic-minded, responsible, thrill-seeking females only to overthrow the government, eliminate the money system, institute complete automation and destroy the male sex.

This is certainly more profoundly revolutionary sentiments than anything I have ever read on r/communization since I joined it, or any communization screed with which I am familiar.

There is no human reason for money or for anyone to work more than two or three hours a week at the very most. All non-creative jobs (practically all jobs now being done) could have been automated long ago, and in a moneyless society everyone can have as much of the best of everything as she wants.

And, finally, this gem:

What will liberate women, therefore, from male control is the total elimination of the money-work system, not the attainment of economic equality with men within it.

This manifesto was decades ahead of its time on a number of fronts and addresses issues communists still grapple with today.

The text is highly controversial: did Solanas mean it to be taken literally or was it satire on the level of Jonathan Swift? Solanas (and many who knew her) at times appears to take either side of this controversy. In any case, I am going to spend some time examining it. I hope to write something about it in the next few days.

Yes, Walmart bowed to pressure and raised the wages of some of its employees, but it had a Plan B.

I think we need a Plan B as well.

Nick Land on the Left

“Nick Land: I think the terminology of left and right, for anyone like you who is fascinated by the question of ideology, it’s completely indispensable. I totally see why people get dissatisfied with that language and say “We have to move beyond this” or “This terminology ceases to be useful” but I have a sense of its kind of extreme resilience. I don’t see us ever stopping talking about the left and the right. It’s always going to come back in, I call it the prime political dimension, there is a basic dimension with left and right polarities that everyone returns to, after their wanderings and complications. And all kinds of ideological currents themselves have a strategic interest in either muddying the water or trying to get people to rethink what they mean.

“But in the end, people come back to this basic dimension of ideological possibility and I think it is the one that captures the accelerationist tendency most clearly. On the right end of that is the extreme laissez faire, Manchester liberal, anarcho-capitalism kind of commitment to the maximum deregulation of the technological and economic process. And on the opposite extreme is a set of constituencies that seek in various ways to — polemically, I would say words like “impede” and “obstruct” and “constrain” and whatever, but I realize that’s just my rightism on display. And there are other ways of saying that, to regulate it or control it or to humanize it, I wouldn’t try and do a sufficiently sophisticated ideological Turing test on myself to try and get that right you know?

“But I don’t think there’s any real … It’s not really questionable, which of those impulses is in play and I think that it’s on that dimension that so-called left-accelerationism is left, I mean, it’s left because it is basically in a position of deep skepticism about the capitalist process. It’s accelerationist only insofar as it thinks there is some other — I would say magical — source of acceleration that is going to be located somewhere outside that basic motor of modernity. They gesture towards the fact that things will somehow still be accelerating when you just chuck the actual motor of acceleration in the scrap. And I think that is the left.”

More of this fascinating interview here. 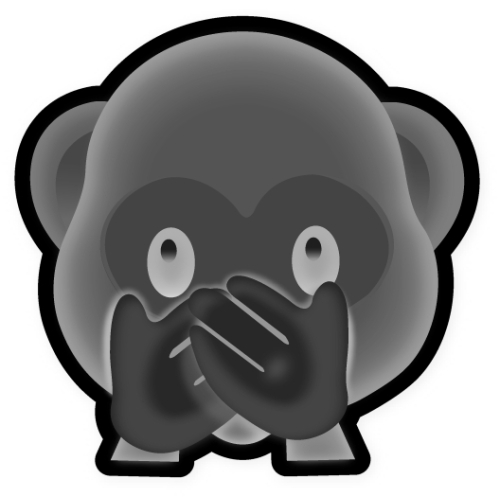 It literally took John Cunningham more than 6000 words to tell us what he could have told us in a single sentence, namely that he has no idea what communization means.

I feel cheated. I will never get back the time I spent poring over his essay, “Make Total Destroy,” from the anthology produced by Clever Monkey, Communization and its Discontents.

It is actually unfortunate that Cunningham makes this admission, since he appears to come closest to actually establishing a realistic communization strategy. I will try to show why I think this, but first let me summarize what I think is Cunningham’s argument.

END_OF_DOCUMENT_TOKEN_TO_BE_REPLACED

Communization or Accelerationism — or both? 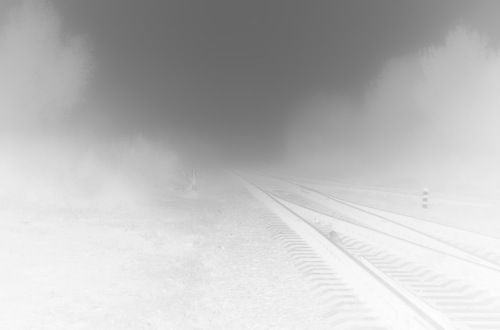 On the surface, I can’t imagine two more irreconcilable ideas than communization and accelerationism. While communization has often been labeled an extreme ultra-Left variant of communism, accelerationism has been called the very grammar of neoliberalism by no less than the person who coined the term, Ben Noys.

I think there are reasons to say this view may be wrong. Far from being opposites, in my opinion, the two extremist radical variants of communism are  ideal complements to one another.

To understand why, let’s look at each idea in turn.

END_OF_DOCUMENT_TOKEN_TO_BE_REPLACED

Exacerbating the tendency — why labor hours must be reduced 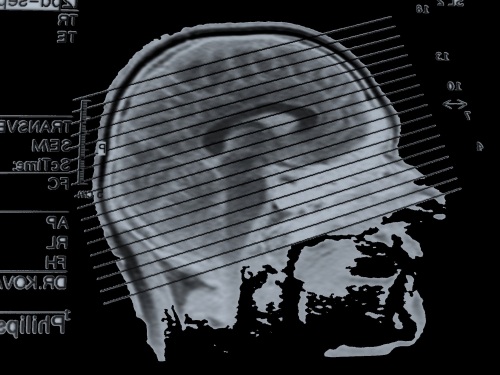 A redditor,  jakehmw, tore into my argument on hours of labor. He/She made six pretty important points:

Let me say at the outset that, by and large, I accept most of the propositions outlined in these critical statements, although I might quibble with a formulation here or there.

END_OF_DOCUMENT_TOKEN_TO_BE_REPLACED

The central problem of communist strategy

The central problem of communist strategy consists of this: Capital hates wage labor more than you do.

Communists have never figured out how to develop a strategy that address this peculiar inversion of material reality. They don’t have much time to figure it out.

“Last month, reports began circulating claiming Waymo — Google’s/Alphabet’s self-driving division — would be launching a ride-hailing service within the next several months. Now, after eight years of development, Waymo has officially announced their cars are now fully autonomous, and will soon be providing transportation as part of a new ride-hailing service set to launch very soon.” 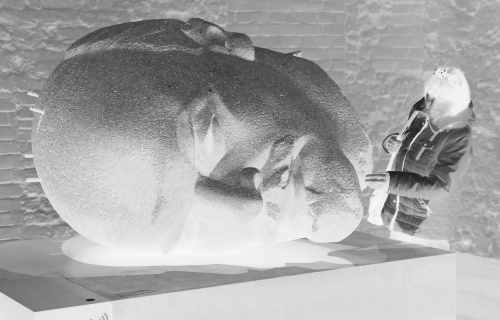 Pardon my heavy use of direct quotes in this post. I find it necessary to do this because I want to demonstrate in detail my chain of reasoning that leads to the admittedly controversial conclusion that the Soviet Union was not “dismantled”, as certain Marxists allege, but  collapsed owing directly to the operation of the law of value. –Jehu

This is the final part of a series.

Part one is here.

In his essay, “Lessons from the Demise of State Socialism in the Soviet Union and China”, the writer, David M. Kotz argues that the Soviet Union did not in fact collapse. It was dismantled by a group of persons committed to creating a capitalist society in its place:

“As we show in Kotz and Weir (1997, ch. 5), the Soviet planned economy did not collapse. Despite some disruptions from economic reform legislation that took effect in 1988, real output and real aggregate consumption grew continuously from 1985 through the first half of 1990. … The record shows that the Soviet planned economy did not collapse — it was dismantled through political means, as power shifted from Gorbachev to Boris Yeltsin and the pro-capitalist coalition.”

The collapse of the Soviet Union begins, in other words, long before the attempt to reform the economic mechanism; it begins in the 1960s with the decision by the Soviets to forego reduction of hours of labor in favor of maximizing output.

END_OF_DOCUMENT_TOKEN_TO_BE_REPLACED

How the argument of one economist helped kill the Soviet Union 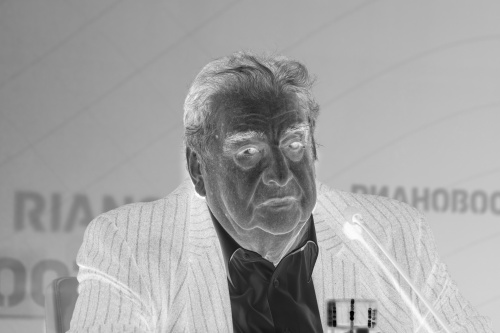 (Continued from part one)

Obviously the Soviet Union never made it to a fully communist society, but what is unclear is why the SU failed to achieve its goal and why it subsequently collapsed. Moishe Postone has suggested that the collapse of the Soviet Union has to be seen in the context of the global failure of the workers movement after 1970 or so. This makes sense, but it is only a suggestion, not an explanation. It suggests that the same forces leading to neoliberalism in the West were at work within the Soviet Union as well, although perhaps in a different form.

What we know are the historical facts: first, Khrushchev was replaced by Brezhnev and the goal of communism by 1980 seems to have disappeared from the literature sometime after this. Second, between 1961, when the CIA wrote its report, and 1968, when the SU was scheduled to have reduced hours of labor to 30-35 hours per week, no further substantial reduction of hours of labor took place. A number of targets for labor hour reduction were proposed, but between 1961 and 1989 it appears working hours in the Soviet Union remained more or less at 40 hours. The work week was reduced from 6 days to 5 days, but the working day was increased from 7 to 8.5 hours. This change in the pattern of labor hours seems to reflect a desire on the part of the Soviets to maximize output, not to reduce overall hours of labor for the working class.

The story of how this change may have led to the collapse of the Soviet Union likely has never been told until now.