Wage Labor reconstitutes itself as necessary no matter the level of its own productivity. The dual imperatives of Capital are ongoing increases in productivity of social labor and structural reconstitution of the necessity of Wage Labor despite the increase in productivity. The use value of Labor Power is not the production of material wealth, but the self-expansion of Capital. Only when the abolition of Capital is related to the abolition of Labor can we begin to approach Communism. Theory must be capable of providing a social account of the paradoxical character of Wage Labor reconstituting its own necessity.

My takeaway from Postone’s theses is that the complete abolition of labor is not the ultimate goal of communists. It is their only goal.

Everything else is just so much bullshit. 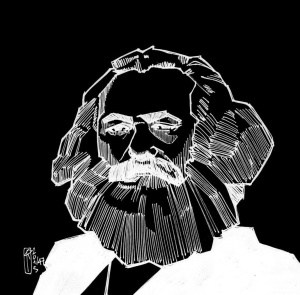 I want to illustrate my point from the last post that to bring the labor reserve into production and so reduce hours to a minimum for everyone in society requires a much larger reduction than may be generally assumed in the literature on the subject. To do this, I will be using actual data drawn on the United States. As I will show, under present conditions in the United States the reduction of hours of labor now required to absorb the labor reserve into production may be so large as to effectively bring us to the threshold of a fully developed communist society.

END_OF_DOCUMENT_TOKEN_TO_BE_REPLACED

So, here is the problem with Heinrich saying we don’t need proof for Marx’s propositions: Not all labor creates a product that contains value.

Think of it this way: According to Arthur, money is simply use value with no labor value whatsoever, just like all other commodities. According to the value-form school, it is the physical material of money that gives all other commodities their value, by serving as the form of value, the value-form, the money-form. Commodities, says Arthur, are the product of concrete useful labor, not 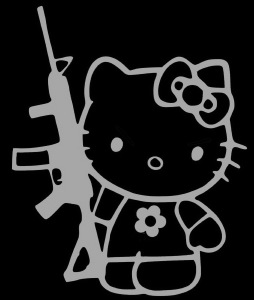 abstract labor. It is not until these commodities are exchange for the value-form, that they are reduced to values.

In the value-form argument, commodities do not have a social property of value prior to exchange; they remain simply incommensurable use values — objects that cannot be compared as values, because they are of completely different qualities. Thus, before exchange, we cannot say 10 apples equal one hoe because the usefulness of apples cannot be quantitatively compared to the usefulness of hoes. Somehow, the exchange of the objects for the value-form strips the commodities of their useful qualities and reduce them to abstract labor values. END_OF_DOCUMENT_TOKEN_TO_BE_REPLACED

Schrödinger’s Capital: Michael Heinrich explains why Marxists don’t have to prove anything

NOTE 14: Proof is for real sciences, not labor theory?

What sort of science is this that Marxists believe in? According to Michael Heinrich:

“Tied up with the question concerning the difference between Marx’s value theory and classical value theory is the question of whether Marx had “proven” the labor theory of value, that is, whether he had established beyond the shadow of a doubt that labor and nothing else underlies the value of a commodity. This question has been frequently discussed in the literature about Marx. But as we’re about to see, Marx was not at all interested in such a “proof [value lies behind prices].”

That statement is from Michael Heinrich’s Introduction to the three volumes of Capital, chapter 3, section 2, and it is just astonishing.

To understand the flaw in Heinrich’s reasoning, remove Marx and insert Einstein: “Einstein was not at all interested in such a proof of the existence of space-time relativity.”

Or, remove Marx and insert Darwin: “Darwin was not at all interested in such a proof of evolution.” 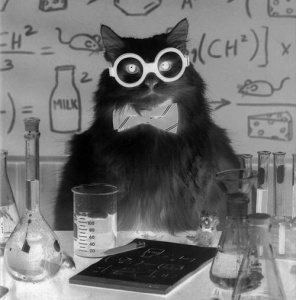 Would physicists or biologists accept this argument from Heinrich? Why would anyone who calls herself a Marxist? We are discussing the whole underlying structure of a modern capitalist economy, but we don’t require proof for that structure? We can just wing it until we get to extremely complex questions like the transformation problem or whether there is a law of the tendency for the rate of profit to fall, where, all of a sudden, proof value is behind prices and profits is demanded?

And Marxists wonder why no one takes them seriously.

END_OF_DOCUMENT_TOKEN_TO_BE_REPLACED

Can the state prevent the collapse of capitalism by printing currency?

Tom Cutterham seems to believe to the answer to that question is, Yes. Cutterham’s review of Paul Mason’s book, Postcapitalism — Forget Wikipedia — is a common enough response by some activists to any mention of communism:

“Again and again, those who predicted imminent collapse were proved wrong. There were always new ways for the system to adapt to its inherent contradictions and crises, always new markets to pry open and new forms of labour to exploit.” 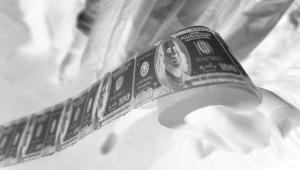 Capitalism, this argument goes, is apparently capable of almost infinite adaptation. The response usually does not deny that capitalism is prone to crises, nor that these crises may trigger some political event like a social revolution. However short of a social revolution, (triggered usually by an alteration of consciousness secondary to a crisis), there is nothing inherent in capitalism driving it toward its self-annihilation.

The current iteration of this argument, which among Marxists seems to date back to Tugan-Baranowsky, is now defended by the value-form school and almost all Marxists today. This school includes very influential Marxist writers like Michael Heinrich in Germany, John Milios in Greece and David Harvey in the United States.

END_OF_DOCUMENT_TOKEN_TO_BE_REPLACED

Postone on structure and agency

“One of the things I found very eye opening about the Grundrisse … was that Marx was not simply interested in the end of exploitation  of the proletarian labor but rather in the abolition of this labor. Most interpretations of surplus value missed this point.  The idea that Marx was interested in the self-abolition of the proletariat and not in its realization, led me to begin rethinking  Marx fundamentally.” –Postone, Interview with Moishe Postone: “Critique and Dogmatism”

In this quote from a 2011 interview, Postone describe what I agree is the most important aspect of historical materialism outlined by Marx. My ‘difficulty’ (if that is the right word) with Postone on this point is that, in the interview itself, he never relates Marx’s insight back to a real process. This might mislead the casual reader into believing Marx’s argument is merely political.

Postone does relate his point directly back to the real process in his book, Time, Labor and Social Domination, where he shows that Marx ‘interest’ in the abolition of labor is only a theoretical expression of the actual process of capitalistic development. Which is to say, Marx only demonstrates theoretically that abolition of labor is the trajectory of the capitalist mode of production itself. Postone makes this point in his book, but not in his interview.

END_OF_DOCUMENT_TOKEN_TO_BE_REPLACED

MMT and the heresy of the self-financing fascist state

At Nathan Becker’s (twitter: @netbacker) suggestion, I have been reading this piece by Billy Mitchell on modern money theory, Deficit spending 101 – Part 3. If you have any background in the assumptions of mainstream economic theory, you will notice that the piece makes a number of surprising claims:

The idea that a currency-issuing government is financially constrained is a myth. The funds that government spends do not come from anywhere and taxes collected do not go anywhere. Taxes do not finance anything and government spending is independent of borrowing. The government deficit determines the cumulative stock of financial assets in the private sector. Moreover, when government runs a surplus, purchasing power is destroyed forever. Finally, government expenditures do not crowd out private expenditures.

That is a lot of heresy in one short (by Billy Mitchell standards) article. People hearing the MMT argument for the first time must have the same reaction I had the first time I heard Warren Mosler 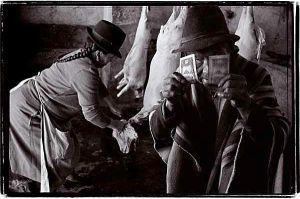 explain it in simple language: “That guy is insane.” Over time, I gradually began to realize what Mosler was saying: modern money (as they call the floating dollar/gold standard) was the practical result of the US withdrawing from Bretton Woods in 1971. When the US went off the gold standard, the fascist state no longer was financially constrained in its spending, i.e., it was no longer constrained by the requirement it exchange its worthless currency for gold. The implications of Moser’s talk was that the fascist state’s capacity to absorb excess surplus value is limited only by the quantity of excess surplus value produced in the entire world market. Previously, a given fascist state could appropriate (i.e., borrow or tax) the surplus value produced by private capitals within their territories (including colonies). Since 1971, however, the United States has been able to do this to the entire planet, because it alone controls the world’s reserve currency.

END_OF_DOCUMENT_TOKEN_TO_BE_REPLACED

Anselm Jappe and the end of the wertkritik school? 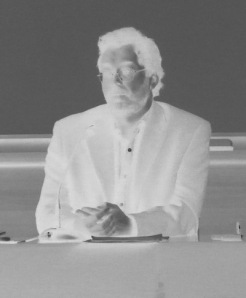 I might turn out to be wrong, but based on my reading of Anselm Jappe’s “Towards a History of the Critique of Value”, I think wertkritik has encountered its limits. In the essay, Jappe shows that all you can get from wertkritik is an ever longer laundry list of dumb shit that will go when labor goes. This effort played a crucial role historically by challenging Marxism in all of its varieties, but it cannot do what we need right now — indicate a path forward.

Jappe states wertkritik has refused to come up with practical actions based on its methodology, but this is a specious argument: What he should have said is what the critics say themselves: wertkritik cannot provide a practical guide to action.

END_OF_DOCUMENT_TOKEN_TO_BE_REPLACED 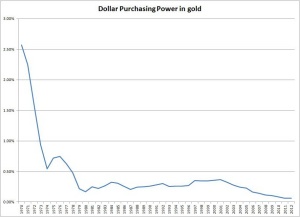 The purchasing power of one dollar, as measured in percentage of an ounce of gold. (1970-2012)

END_OF_DOCUMENT_TOKEN_TO_BE_REPLACED 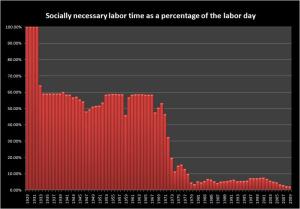