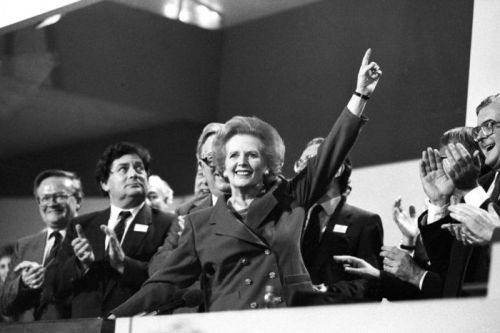 This post is loosely based on part 2 of Richard Seymour’s 2016 book, Corbyn: The Strange Rebirth of Radical Politics. My apologies to the author, but I could not resist. All events depicted are entirely fictional, except for the actual history of Britain between 1979-2016.

END_OF_DOCUMENT_TOKEN_TO_BE_REPLACED

In bourgeois economic theory at least, the problem bedeviling Greece, Spain and other lesser EU countries is that they do not control their currency. The lack of an independent currency constrains the role of the state in promoting the appearance of economic growth, i.e., capital accumulation.

END_OF_DOCUMENT_TOKEN_TO_BE_REPLACED 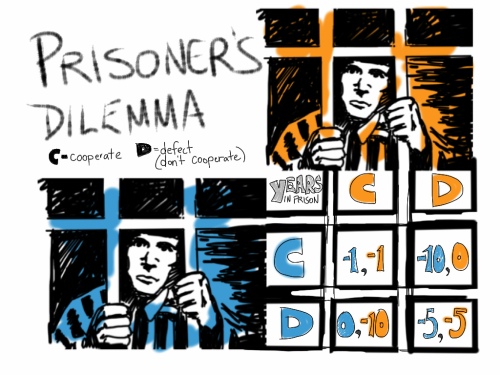 Hypothesis to explain what we witnessed yesterday in the Rose Garden:

The EU and US agreed to end their squabble and sit down to negotiate the end of all tariffs between he two economic powers. This is understandable. The US is the largest non-EU market for the EU and the customer (so the business aphorism goes) is always right. There was no chance the EU could go toe to toe with the largest economy in the world and the necessary source of global demand.

From the standpoint of game theory, it seems the prisoners dilemma applies. That puzzle is described this way by Wikipedia:

Two members of a criminal gang are arrested and imprisoned. Each prisoner is in solitary confinement with no means of communicating with the other. The prosecutors lack sufficient evidence to convict the pair on the principal charge, but they have enough to convict both on a lesser charge. Simultaneously, the prosecutors offer each prisoner a bargain. Each prisoner is given the opportunity either to betray the other by testifying that the other committed the crime, or to cooperate with the other by remaining silent. The offer is:

Wikipedia goes on to explain the dynamics of the play:

Because betraying a partner offers a greater reward than cooperating with them, all purely rational self-interested prisoners will betray the other, meaning the only possible outcome for two purely rational prisoners is for them to betray each other.

What the EU has done is defect on its “partner in crime” — China. By being the first to fold in the face of US pressure (who plays the role of prosecutor in this example), the EU has left China swinging in the breeze. With the EU now acting as Trump’s poodle, China will be forced to negotiate.

It is likely that both the US and EU will now turn their guns on China’s massive global surpluses.

The Not So Strange Rebirth (Of Zombie Leftism) 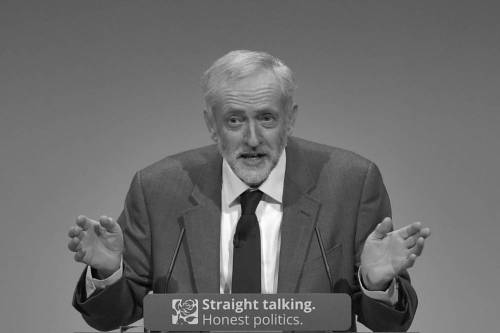 I came across an interesting review of a book by Richard Seymour. The review, by Louis Proyect, is titled Jeremy Corbyn, Bernie Sanders and the Dilemmas of the Left. The original book, by Seymour is titled, Corbyn: The Strange Rebirth of Radical Politics. I have not read the book, because, I don’t buy books and this one is not available as a torrent, yet. So, to be quite clear, this is not a review of Richard Seymour’s book; rather, it is a review of some reviews of Richard Seymour’s book — a meta-review wherein I wonder aloud about the strange love-hate relation the radical Left appears to have for fascism.

END_OF_DOCUMENT_TOKEN_TO_BE_REPLACED

The Coming Apocalypse: Ben Reynolds explains why wage labor has no future 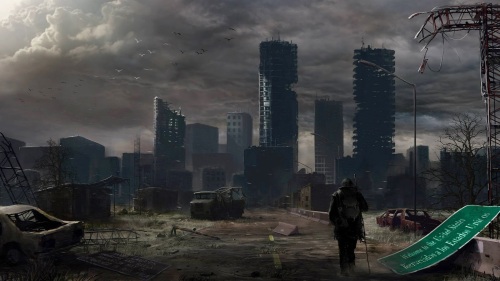 A review of The Coming Revolution: Capitalism in the 21st Century by Ben Reynolds, wherein our radical heroes come face to face with the rapidly approaching limits of their pathetic reformism.

Capitalism incessantly struggles to rid itself of wage labor even as it tries to increase the mass of profits. This has implications for any realistic set of predictions regarding the likely path of the mode of production in the next eight decades. Capital’s effort to rid itself of wage labor implies that the total mass of value diminishes over time; while the effort to increase the mass of profit implies that capital’s total employment of labor must increase over time. The paradoxical impact of capitalist commodity production is all too often lost on writers, who, limiting their analysis of the mode of production to the sphere of exchange, are divided into camps over the ultimate result of capitalist development. The division is best expressed in the controversy over whether improved methods of production necessarily results in technological unemployment.

Since the great crash of 2008, the radical Left has created something of a cottage industry predicting the future of the capitalist mode of production. The gist of this narrative is best summarized by a passage taken from a 2016 talk given by Wolfgang Streeck, who predicts a rather dystopian future, where wage slavery continues, even as civilization collapses:

“Under post-capitalism, private profit-making continues, even though in the shadow of uncertainty in an anomic society with decaying institutions, declining coherence, successive crises, and ongoing local and more-than-local conflicts and contestations. Mass cooperation with capital accumulation is driven by a culture of competitive consumption that, apart perhaps from large parts of Asia where it seems to be based in collective conformism, must be vigilantly protected against being subverted by post-materialist value change, if not by shrinking spending power. The life of individuals in the post-capitalist sauve qui peut interregnum follows the behavioural prescriptions of neoliberal doctrine ( Dardot and Laval, 2013 ), which means that it is bound to burn to the ground the foundations of a successful society and economy. Social life cannot be reduced to economic life, and economic life is not possible outside of a society. Proposition 12 of Etzioni’s Moral Dimension (1988, 257) applies: ‘The more people accept the neoclassical paradigm as a guide for their behaviour, the more their ability to sustain a market economy is undermined’. The future of capitalism is bleak.”

The future appears bleak indeed, considering that, when Streeck wrote those words in 2016, a Trump Presidency was held to be not just unlikely, but impossible — a hilarious farce fit only for late Saturday night live television. If at the beginning of the 20th century radical thinkers were filled with optimism over the imminent demise of wage slavery, today the very thought that wage slavery might end fills them with an unspeakable dread that weighs on their writings like a festering corpse. In truth, as Streeck’s argument suggests, there is no post-capitalism for the radical Left. What most radicals call post-capitalism might better be called post-politics or post-democracy: the state, having been stripped of its capacity to manage the production of surplus value, will leave us to the tender mercies of naked capitalism. If politics ever had a civilizing influence on capital, so the argument of our radical prognosticators warn, the velvet glove of democracy is as last century as that silly glove Michael Jackson wore on his right hand when Millennials were just kids.

END_OF_DOCUMENT_TOKEN_TO_BE_REPLACED

The Coming Revolution: Capitalism in the 21st Century

Ben Reynolds has produced a book, The Coming Revolution: Capitalism in the 21st Century, published by Verso, that is welcome antidote to the meaningless scribblings of writers like Piketty, Mason and Harvey. Basing his work on the labor theory of value, Reynolds provides an overview of the problems facing capitalist accumulation in 2018.

Among other measures, Reynolds calls for a radical reduction of hours of labor:

“Labor is dying. As a system of distribution and a way of life, wage labor is being steadily eroded by today’s technological developments. Capitalist society is so dependent on the social construct of labor that panic is the normal response to this trend. Virtually every day we see frantic new schemes for creating jobs: offering wages for housework or Facebook posts, paying citizens to perform community service and so on. Watching these attempts to save labor is like watching a child on the beach trying to save his sandcastle by stopping the tide. It is time to stop clinging to the past and start adapting to reality. We can adapt to this process with a simple but powerful tool: reducing the amount of time that workers are required to work without a reduction in pay.”

This passage alone is enough to recommend it, but the book goes well beyond this to examine the forces driving capitalism to collapse within this century.

I will be reviewing the book. I am excited to begin.